The NLRB issued two decisions that continue to roll back some of the restrictions the Obama-Era Board had placed on employers.

In the first case, Caesars Entertainment, 28-CA-060841 (Dec. 17, 2019), the Board held that employers are permitted to maintain workplace rules that prohibit employees from utilizing the employer’s IT systems for non-work reasons as long as: (1) there is no evidence of discrimination aimed specifically at Section 7 activity; and (2) the employer’s IT systems are not the only reasonable means the employees have to communicate with one another. This decision overrules the Board’s decision in Purple Communications, Inc., 361 NLRB 1050 (2014), in which the Board overruled years of precedent by finding that employers could not prohibit employees from utilizing company-owned e-mail systems for personal reasons during non-working time because that impermissibly limited employees’ rights to engage in Section 7 activity. Today, in Caesars Entertainment, the Board explained that there is no statutory right for employees to use an employer’s IT systems for non-work reasons. The Board stated further that the Purple Communications decision failed to protect the employer’s property rights to its own systems. The Board did carve out two exceptions to the general proposition that employers can prohibit non-work use of their IT systems. First, there can be no discrimination, so the prohibition against non-work usage cannot be aimed specifically at Section 7 activity. Second, employers cannot prohibit employees from using their IT systems for non-work reasons if doing so essentially would eliminate the employees’ only reasonable means of communicating with one another. The Board expressly stated, however, that such circumstances would be “rare.”

Both decisions are illustrative of the Board’s recent movement away from the Obama-Era Board’s philosophy, which dramatically increased the impact of the NLRA on private employers in 2014 and 2015.

If you have questions about this new rule, please contact Julia S. Acken, or any other attorney in our Labor and Employment practice. 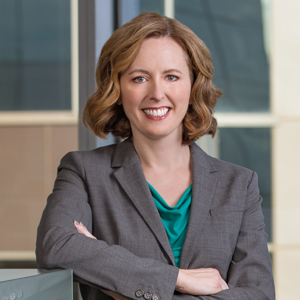