Title VII of the federal Civil Rights Act makes it unlawful for a covered employer “to fail or refuse to hire or to discharge any individual, or otherwise to discriminate against any individual… because of such individual’s race, color, religion, sex, or national origin.”  For a number of years, both courts and employers have grappled with the question of whether Title VII extends protections to LGBTQ employees.  In a landmark decision issued on June 15, 2020, the United States Supreme Court answered in the affirmative, holding that an employer which separates a worker because of his or her sexual orientation or gender identity has discriminated against the worker on the basis of sex.  Justice Gorsuch, appointed to the Supreme Court by President Trump, authored the 6-3 majority’s opinion, writing that “it is impossible to discriminate against a person for being homosexual or transgender without discriminating against that individual based on sex.”

No.  Although some Arizona cities – including Phoenix, Tucson, Flagstaff, Tempe, and Sedona – have enacted ordinances protecting workers based on sexual orientation and gender-identity, the Arizona legislature has not explicitly created such protection on a Statewide basis.  As a result of the Supreme Court’s decision, all Arizona employers subject to Title VII are now prohibited from discriminating against LGBTQ workers.

No.  Title VII defines an employer as a business engaged in commerce that has fifteen or more employees for each working day in each of twenty or more weeks in either the current or preceding year.  Thus, if an Arizona employer does not meet these criteria, it is not subject to Title VII.  The Arizona Civil Rights Act similarly defines an employer, although it only requires an employer to have one employee to be liable for sexual harassment.  Although the Supreme Court did not directly address whether discrimination against LGBTQ workers includes sexual harassment, Arizona employers should be aware that having fewer than fifteen employees does not completely shield them from this potential liability.

Yes.  Although many employers for some time have included LGBTQ protection provisions in Handbooks as a matter of internal policy, the current Supreme Court decision makes it important for employers to ensure that these provisions are in fact included.  In addition to updating Handbook provisions, employers should consider workforce training on the new provisions.

The law in this area is unsettled and the Court did not directly address this question. Justice Gorsuch pointed out in his opinion that Congress has enacted laws which prohibit the federal government from substantially burdening a person’s exercise of religion, unless it demonstrates that doing so both furthers a compelling governmental interest and represents the least restrictive means of furthering that interest.  However, Justice Gorsuch stated that such laws “might” apply in “appropriate cases” and that those were “questions for future cases.”  These “future cases” are on the horizon.

For more information on this topic or other labor and employment law matters, please contact John J. Balitis or Jordan T. Leavitt. 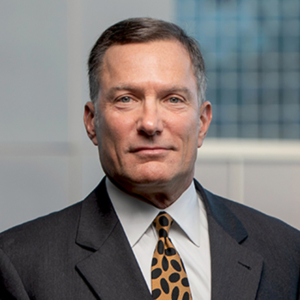 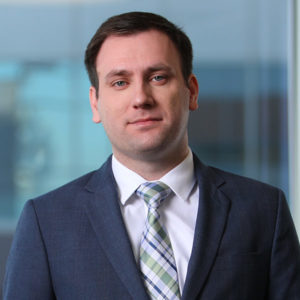 Jennings Strouss’ John J. Balitis Elected as a Fellow of The College of Labor...