The first porridge in Goldilocks and the Three Bears was too hot, the second was too cold and the third was just right. Non-compete agreements under Arizona law follow a similar vein: some are too broad, some are too narrow, and some are just right.

Although Arizona law recognizes the need to protect legitimate business interests, it also hesitates to restrict individuals from pursuing their chosen careers. A well drafted non-compete agreement can successfully balance the interests of both the employer and employee.

A non-compete agreement is unreasonable and will not be enforced if (1) the restraint is greater than necessary to protect the employer’s legitimate interest; or (2) that interest is outweighed by the hardship to the employee and the likely injury to the public

In October 2013, the Arizona Court of Appeals held that a non-compete agreement between a public relations company and its former president, Ann Noder, was overbroad and therefore unenforceable. Orca Communications Unlimited, LLC v. Noder, 233 Ariz. 411, 314 P.3d 89 (App. 2013). The agreement prohibited Noder from directly or indirectly advertising, soliciting, or providing “Conflicting Services” within a “Restricted Territory” for eighteen months after her employment had ended. The court found that the restrictive covenants protected more than Orca’s legitimate business interests because it prevented Noder from pursuing any type of work in the public relations industry, even work that would be based on her skill and talents and not merely confidential information or customer relationships. The court refused to rewrite the provisions to make them enforceable, thus freeing Noder to immediately compete against her former employer.

Seeking the advice of competent legal counsel can give employers the confidence to avoid the trial and error method of Goldilocks – ensuring that their non-compete agreements will be “just right.” 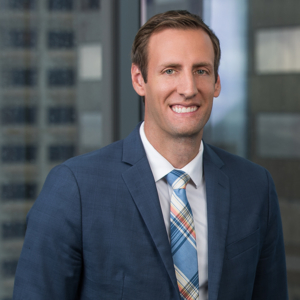