Navigating the Advertising Minefield: Businesses Must Be Diligent When Formulating Advertising Campaigns

Companies developing or marketing services or products need to be aware that the Federal Trade Commission (the “FTC”) and several state agencies have undertaken, and will continue to undertake, enforcement activity against companies making deceptive claims and misrepresenting the evidence used to support those claims.

The FTC is the federal agency tasked with the responsibility of enforcing consumer protection laws. The primary statute relied upon by the FTC in this area is the FTC Act, a federal law that contains a very broad definition regarding the use of “unfair and deceptive acts or practices” in sales methods, advertising claims, and marketing and promotional activities. In most states, the state attorney general has the responsibility of enforcing such laws.

In January 2015, the FTC entered into a consent order with Focus Education and its principals that prohibits them from making unsubstantiated claims about its computer game, Jungle Rangers. The FTC’s complaint alleged Focus Education, its chief executive officer, and its chief financial officer violated the FTC Act by making, through express and implied claims and consumer endorsements, false or unsubstantiated claims that the Jungle Rangers game permanently improves children’s focus, memory, attention, behavior, and/or school performance, including in children with Attention Deficit Hyperactivity Disorder. The complaint also alleged the company falsely claimed that these benefits were scientifically proven.

The FTC issues an administrative complaint when it has “reason to believe” that the law has been, or is being, violated, and that a proceeding is in the public’s interest. When the FTC issues a final consent order, it carries the force of law with respect to future violations, each of which could result in a civil penalty of up to $16,000. It is important to note that these consent orders can extend over a twenty (20) year period. In addition, each recipient of a deceptive advertisement could constitute a separate violation, resulting in a $16,000 penalty per recipient.

The FTC also enforces rules applicable to certain advertising and marketing activities, including, but not limited to, advertisements directed at children, advertisements containing environmental claims, and marketing activities that contain endorsements or testimonials. Companies making claims that their products can help diagnose or treat diseases or other conditions should also be aware that those claims could mean their products meet the definition of a medical device, possibly triggering action by the Food and Drug Administration.

Many states are also becoming more active in policing advertising issues. Recently, Target Corp, the country’s second-largest discount retailer, agreed to pay $3.9 million to settle a lawsuit brought against it by prosecutors in Marin County, California. The lawsuit alleged that Target charged higher prices than it advertised, misrepresented the weight of products, and failed to ensure that its price scanners were accurate. The settlement also subjects Target to a permanent injunction banning the company from making false or misleading statements, charging more than the lowest price posted, and selling items in lower quantities than represented.

The Arizona Attorney General recently settled a lawsuit filed against Stealth Solar, LLC.  According to the Attorney General Office’s press release, the company violated the Arizona Consumer Fraud Act by making false and misleading sales presentations. Stealth Solar and its owners were ordered to pay multiple fines and penalties, including $72,000 in consumer restitution, $20,000 in attorneys’ fees and investigative costs, and $160,000 in civil penalties.

Companies and their advertising agencies have a duty to verify information used to substantiate advertising claims; failure to do so could subject both to the provisions of the FTC Act or its state counterparts. In determining whether an advertising agency could be held liable, the appropriate regulatory agency will look at the extent of an agency’s participation in the preparation of the challenged advertisement. It will then determine whether the agency knew, or should have known, that the advertisement included false or deceptive claims. Regardless a company should not rely on the advertising agency to ensure that its advertisements are compliant. The company is the party that will ultimately be scrutinized for any violations.

The above enforcement actions are not isolated incidents. There is a growing trend of such actions, which show no signs of slowing. Companies considering launching advertising campaigns should consult legal counsel experienced with advertising regulations. A modest investment to ensure the compliance of any contemplated advertisements will be money well spent. 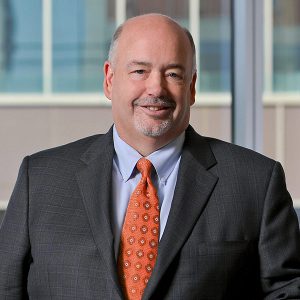