Housing Bust Bad Loans May Still be an Issue for Lenders

For most, the Arizona residential mortgage foreclosure crisis has passed; however, legal issues that arose as a result are still being resolved by the courts.

In Steinberger v. McVey, No. 1 CA-SA 12-0087 (Ariz. Ct. App. Jan. 30, 2014), a decision by the Court of Appeals of Arizona addressed issues that continue to impact both lenders and borrowers, including challenges regarding the authority of parties seeking foreclosure.

In making the decision, the Court of Appeals considered three principal questions:

1.  Are there any circumstances under which a person who is facing a foreclosure may challenge the authority of the party seeking foreclosure? (The court answered affirmatively)

2.  If there are such circumstances, what are the requirements, if any, for the party seeking foreclosure to establish its authority? (The court outlined the requirements)

3.  If the lender or its agent offers to modify the payment to assist the homeowner, is the lender/agent required to act reasonable in processing the loan modification? (The court answered affirmatively)

The facts underlying the challenge for lack of authority are reflective of what was occurring during that era. In July 2008, Steinberger sought a loan modification on her residential mortgage because, due to negative amortization, the monthly payments had nearly doubled. For the next year, Steinberger had a series of confusing communications with the various entities servicing the loan. In the summer of 2009, IndyMac Mortgage told Steinberger that she had been granted a forbearance agreement, which reduced her monthly payments until she qualified for a loan modification. IndyMac Mortgage acknowledged that it had received her loan modification paper work and indicated what the new monthly payment under the loan forbearance agreement would be.

Steinberger filed suit against IndyMac Mortgage and other financial entities, including Mortgage Electronic Registration Systems, Inc. (MERS). She also obtained a temporary restraining order prohibiting the trustee’s sale from going forward. The basis of her claim was that IndyMac lacked the authority to foreclose on her home, and the notice of trustee’s sale was null and void.

In addition to other problems with the Notice of Substitution of Trustee, Steinberger alleged that since MERS’ assignment of its beneficial interest was void, IndyMac Mortgage had no authority to substitute the trustee. Since Steinberger alleged that the initial assignment of the beneficial interest was void, all subsequent events in the purported chain of title were invalid and there was no authority to conduct the trustee’s sale. The Court of Appeals held that Steinberger pled a viable cause of action regarding lack of authority and remanded the case so that the banks would have an opportunity to present evidence of completed links in the chain of title establishing the requisite authority to conduct the trustee’s sale.

IndyMac filed, and was granted, a Motion to Dismiss Steinberger’s complaint in Superior Court. Steinberger then filed a special action and, after hearing oral argument, the Court of Appeals accepted jurisdiction and ordered that the restraining order remain in place. IndyMac claimed that the loss of Steinberger’s home in a trustee’s sale was moot, because after the petition was filed and following oral argument in the Court of Appeals, the trustee’s sale was cancelled. They also stated their intention to re-notice a trustee’s sale in a manner that would “cure and/or address” each of the issues alleged by Steinberger.

The Court concluded that the special action was not moot, and that Steinberger’s claims raised substantive issues that could not “be cured by re-noticing a trustee’s sale.” The Court also indicated that the legal issues in this case, involving trustee’s sales and foreclosure requirements, are of statewide importance and the Superior Court erred in dismissing all of the allegations in the Steinberger complaint.

Addressing the first principal question regarding whether there are any circumstances under which a person who is facing a foreclosure may challenge the authority of the party seeking foreclosure, the Court concluded that Steinberger “pled a valid cause of action to prevent/avoid the trustee’s sale based on the IndyMac’s alleged lack of the authority to conduct a trustee’s sale of her home”; however, Steinberger bears the burden of proving her claim, and IndyMac may rebut the claim by providing evidence that indicated they are the true beneficiary or trustee of the deed of trust.

To do so, and addressing the second question regarding what requirements, if any, must the party seeking foreclosure provide to establish its authority, the Court indicated that “such proof may consist of documents in the chain of title tracing IndyMac’s beneficial interest from the original beneficiary, such as assignments, substitutions or a power of attorney.” The Court indicated that if such documents were not available, affidavits or deposition testimony from the individuals involved in the transfers “may suffice as evidence of the chain of title.”

The Court confirmed, in consideration of whether the lender/agent is required to act reasonable in processing the loan modification, that the parties seeking foreclosure could be liable for failing to exercise reasonable care when processing Steinberger’s loan modification paperwork. Since the lender was not obligated to modify the loan, but instead volunteered to modify the loan, its action came within the “Good Samaritan Doctrine.” Even though the harm to Steinberger was economic, not physical, the Court determined that the lender was obligated to act in a non-negligent manner under the Good Samaritan Doctrine.

Additional issues addressed by the Court that may be of particular interest to realtors, lenders and mortgage brokers concern procedural unconscionability. Steinberger alleged that the terms of the original loan were not explained to her elderly father, who initial borrower, and that, due to his advanced age, he did not understand what he was signing; therefore, there was “unfair surprise” when discovering it was a negative amortization note. In addition, she claimed that the loan was substantively unconscionable because the adjustable rate note was not explained to her father, it was a contract of adhesion, and her father did not understand the consequences of a negative amortization note. The Court agreed that she sufficiently pled an action for procedural unconscionability on both accounts.

Although Steinberger did not obtain a final judgment on her claims, it is significant that the Court of Appeals recognized she sufficiently pled viable causes of action that could not only prevent the foreclosure of her house, but could also expose the lender and its agent to significant liability.

As the Arizona residential mortgage foreclosure crisis winds down, most of the issues regarding risky mortgages to under qualified borrowers have been resolved; however, as witnessed in the Steinberger case, some of those loans still exist. Holders of the notes and beneficiaries of the deeds of trust should careful examine the history of the loan before proceeding with a trustee’s sale or foreclosure. 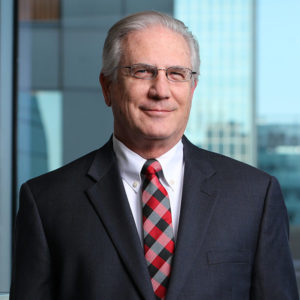