The complainants in the New England ROE case alleged that the current 11.14 percent ROE is unjust and unreasonable because capital market conditions have significantly changed since the ROE was set in 2006.  The complainants’ expert witness presented an analysis showing that the cost of equity for the NE-ISO transmission owners is no greater than 9.2 percent.  The administrative law judge hearing the case issued a decision last August reducing the ROE from 11.14 percent to 9.7 percent prospectively.  All parties and the judge relied on the Commission’s well-established Discounted Cash Flow (“DCF”) methodology, which for a number of years has pegged the ROE for electric utilities to the sum of the dividend yield and short-term earnings growth rates for a group of proxy companies. FERC’s long-standing practice also has been to update the ROE when it issues its decision in order to reflect changes in 10-year Treasury bill rates between the close of the record and the date of its decision.

In its June 19 decision, FERC revised its ROE methodology in two important respects. First, FERC dropped its sole reliance on short-term growth rates in the DCF analysis, opting instead to use a two-step DCF methodology (combining short-term and long-term earnings growth rates) similar to the one FERC uses in setting rates for natural gas and oil pipelines.  Opinion 531 makes a tentative finding that the long-term growth projection should be based on forecasted growth in U.S. Gross Domestic Product (“GDP”), but it established a “paper hearing” process to consider what source FERC should use for the long-term growth rate.  Second, FERC announced that it will no longer engage in post-record ROE updating.  The reason given for this shift is that changes in Treasury bill rates are no longer a reliable indicator of changes in the cost of common equity for electric utility companies.

FERC stated that it expects its new two-step methodology will narrow the “zone” of reasonable ROEs produced by the DCF analysis. Importantly, FERC also clarified that it will continue to apply its policy that the total ROE including any incentive ROE is limited to the zone of reasonableness. This means according to FERC that: “when a public utility’s ROE is changed, either under section 205 or section 206 of the FPA, that utility’s total ROE, inclusive of transmission incentive ROE adders, should not exceed the top of the zone of reasonableness produced by the two-step DCF methodology.”

In applying its new DCF methodology to the New England case, FERC found that that the just and reasonable base ROE is 10.57 percent. This value is halfway between the 9.39 percent midpoint of the zone of reasonableness and the 11.74 percent top of that zone. While it normally would have adopted the 9.39 percent midpoint, FERC instead approved a “middle of the upper half” ROE based on its belief that current capital market conditions are “anomalous.” The 10.57 percent ROE awarded to the NE-ISO transmission owners is subject to the outcome of the “paper hearing” on the appropriate source for the long-term growth forecast to be used in the new two-step DCF methodology.

FERC Commissioner John Norris dissented in part from Opinion No. 531 based on his view that the 10.57 percent ROE is higher than necessary and may result in unjust and unreasonable rates.  In pointed language, Commissioner Norris asserted that: “the decision to grant New England transmission owners an ROE at the midpoint of the upper half of the zone of reasonableness is unjustified, lacks reasoning to support it, and sets troubling precedent.”

Although interested parties may still be absorbing FERC’s lengthy decision, it seems almost certain that rehearing will be sought. Given the financial impacts of FERC’s change in methodology, it also seems likely that, if FERC stands its ground, one or more petitions for review eventually will be filed in federal court. 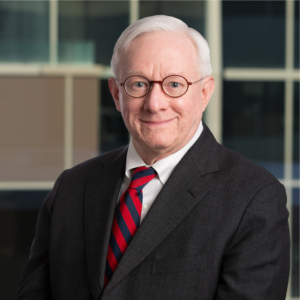 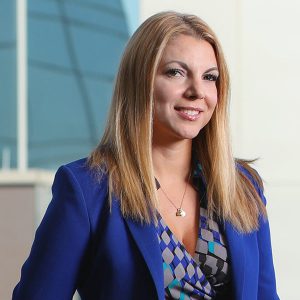