Does the Ninth Circuit Ruling Pave the Way for Cannabis Bankruptcies?

Although cannabis has been legalized in the United States in some form by 33 states, it remains federally illegal. And since bankruptcy is a creation of federal law, most courts have quickly dismissed any bankruptcies involving cannabis operations, assets, or revenue. Flying in the face of convention, the Ninth Circuit Court of Appeals recently gave the green light to a Chapter 11 plan of reorganization that included revenue from cannabis.

Will the flood gates open? Probably not.

The case, Garvin v. Cook Investments NY, SPNWY, LLC et.al. filed May 2, 2019, had an unusual fact pattern and was decided on hyper-technical grounds. The debtors owned a number of properties which they rented to various tenants, and only one of them had anything to do with cannabis. Furthermore, the plan of reorganization provided for payment in full of all debts, was supported by all creditors, and could be fully funded without relying on cannabis-related revenue. It’s therefore uncertain whether the Court’s ruling would assist debtors who would need to rely on cannabis-related revenue to reorganize, and who filed bankruptcy for the very reason that they cannot pay all of their debts. Additionally, the specific issue that the 9th Circuit decided was whether the plan could be confirmed despite 11 U.S.C. §1129(a)(3), which prohibits plans “proposed. . . by any means forbidden by law”. The Court seized on the word “proposed” and reasoned that as long as a plan is proposed legally, it is irrelevant whether the substance of the plan relies on illegal activity or assets. And since there was nothing unlawful about the way the plan was proposed, the Ninth Circuit affirmed the orders of the lower courts, and confirmed the plan.

That said, the ruling itself pointed out the real Achilles heel for Chapter 11s: §1112(b)(4)(B) requires the Court to dismiss or convert the entire bankruptcy if gross mismanagement is shown. Given that the federal Controlled Substances Act §856(a)(1) prohibits leasing any place for the purpose of manufacturing, distributing, or using any controlled substance, it’s not a stretch to argue that leasing land to a marijuana farm is gross mismanagement. The same argument extends easily to the more general prospect that any business engaged in any portion of the federally-illegal cannabis industry is being mismanaged. The only reason the Ninth Circuit did not apply those arguments to this case is that they were not properly raised (in other words, because of a procedural error at the lower court).

The final nail keeping those flood gates intact is that the Ninth Circuit decision has no bearing on Chapter 7 or Chapter 13 cases. In both chapters, a bankruptcy trustee administers the debtor’s assets directly (in a Chapter 7 where the trustee liquidates everything), or indirectly (in a Chapter 13 where the trustee receives plan payments from the debtor and distributes them to creditors). So if the debtor’s assets are cannabis-related, and the trustee has to either sell them or accept revenue from them, the trustee becomes subject to criminal liability under federal law. Not surprisingly, bankruptcy courts have been unwilling to subject trustees to such liability, and have summarily dismissed Chapter 7s and 13s involving cannabis.

The seminal Arizona case on this point, in which creditors of a medical marijuana management company filed to put the company into an involuntary Chapter 7, was dismissed for cause under 11 U.S.C. §707(a) to protect the trustee from “inevitable violation of the [Controlled Substance Act] in the administration of” the assets. In re Medpoint Management, LLC, 528 B.R. 178, 186 (2015). The Court also held that the creditors, who were investors in the marijuana company and were themselves violating or abetting violation of federal law, had unclean hands and could not obtain relief from the bankruptcy court, which is a court of equity. Id. at 188-189. Based on the reasoning, the unclean-hands doctrine would appear equally as applicable to a voluntary bankruptcy.

So although the Ninth Circuit decision is academically interesting, and removes one small hurdle, it falls far short of paving the way for cannabis-related companies to obtain bankruptcy relief.

For more information on this topic or other bankruptcy matters, please contact Ms. Bidlack.
ABOUT THE AUTHOR 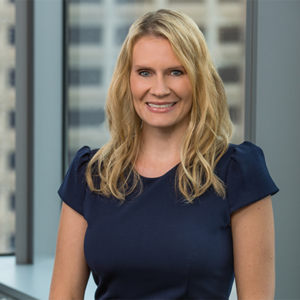