The Tax Cuts and Jobs Act of 2017 (the “2017 Act”) purports to bring broadly lower tax rates to most U.S. individuals and companies; however, it does so at the expense of clear tax policy objectives in many areas. That lack of a comprehensive, policy-based approach will now have consequences related to the deductibility of costs associated with controversies for both businesses and individuals. Business defendants in sexual harassment suits will not be allowed to deduct the cost of settlements that contain confidentiality requirements, potentially making settlement a less attractive option. Individual plaintiffs in cases that are not related to unlawful discrimination or whistleblowing will not be permitted to deduct attorneys’ fees, making such lawsuits potentially less attractive. Also due to ambiguity in the statutory language prohibiting non-disclosure agreements, individual plaintiffs in sexual harassment cases now face greater uncertainty concerning the deductibility of their litigation costs.

Deductibility for Businesses
Litigation has become an all too common part of doing business in the United States. In most cases, expenditures for business-related litigation are deductible under section 162 of the Internal Revenue Code of 1986, as amended (the “Code”). Section 162 generally governs which expenses may be deducted as ordinary and necessary expenses of operating a trade or business. The 2017 Act added new section 162(q) to the Code, which provides that, “no deduction shall be allowed for any settlement or payment related to sexual harassment or sexual abuse if such settlement or payment is subject to a non-disclosure agreement; or attorneys’ fees related to such a settlement or payment.” Thus, a trade or business that includes confidentiality obligations as a condition of settlement of sexual harassment cases will be denied a deduction both for any settlement payment and for related attorneys’ fees. In addition, the new provision does not address the deductibility of expenditures where sexual harassment or abuse is only one of several claims. Because the new statutory language references “settlement or payment,” it is possible that a deduction could be denied for all costs of litigation when a case, which contains an allegation of sexual harassment or sexual abuse, ends in a resolution other than a final judgment. Apparently intended as a response to the current social reaction to recently-publicized cases in which people were paid for silence concerning sexual relationships with, or sexual harassment by, high-profile figures, this statute may now give employers less incentive to settle cases where liability is questionable. This means the impact of the new law may be very different from what its drafters intended.

Deductibility for Individuals
While businesses are allowed to deduct ordinary and necessary business-related expenses, individuals who are not engaged in a trade or business historically have been compelled to deduct personal litigation expenses, including attorneys’ fees, as miscellaneous itemized deductions. Now, the 2017 Act has suspended deductions for miscellaneous itemized deductions through December 31, 2025. Thus, most plaintiffs will no longer be able to deduct the costs and attorneys’ fees associated with non-business related litigation. However, plaintiffs engaged in litigation concerning whistleblowing or unlawful discrimination enjoy an exemption from this new rule. In 2004, Congress added section 62(a)(20) to the Code, which allows plaintiffs in cases involving unlawful discrimination to deduct fees and expenses directly against gross income in computing adjusted gross income, and not as miscellaneous itemized deductions. New Code section 62(a)(21) added the same protections for whistleblower plaintiffs. The 2017 Act did not make any changes to Code section 62(a)(20) and so, going forward, plaintiffs may continue to deduct litigation expenses related to unlawful discrimination. The 2017 Act expanded the deductibility of expenses related to whistleblower litigation to include (i) claims under section 21F of the Securities and Exchange Act of 1934, (ii) state false claims act statutes, including those with qui tam provisions, and (iii) claims under section 23 of the Commodity Exchange Act. Such deductions are limited to the amount of the overall award includible in a plaintiff’s gross income for the year in which the award is made, and may not be taken more than once. This deduction is expressly coordinated with the 20% deduction available to certain pass-through entities allowed under new section 199A of the Code.

Some commentators have speculated that the language of new Code section 162(q), which references “attorneys’ fees related to such settlements or payments,” may jeopardize this deduction for plaintiffs, as well as for defendants, because of the breadth of the statutory language. However, this result seems unlikely because, both before and under the 2017 Act, section 162 of the Code applies only to expenses of a trade or business. Individual plaintiffs who are not engaged in a trade or business generally cannot deduct expenses under section 162 of the Code. Prior to the 2017 Act, individuals could deduct a very limited range of expenses related to the production of income (such as unreimbursed expenses required for one’s employment) as miscellaneous itemized deductions. Under the 2017 Act, personal litigation expenses are deductible only if related to unlawful discrimination or the whistleblower type cases discussed above. Thus, although the new limitations on deductions under section 162(q) should not affect the non-business claims of individual claimants, the issue is not entirely clear at present.

Conclusion
The 2017 Act provisions regarding the deductibility of legal fees are likely to make certain types of litigation more expensive for both plaintiffs and defendants. Plaintiffs in cases involving unlawful discrimination may still deduct related attorneys’ fees and costs, but the defendants in those cases may be less willing to settle because of limitation on trade or business deductions for costs associated with settlements of sexual harassment cases involving confidentiality requirements. Plaintiffs with claims other than those related to unlawful discrimination or whistleblower claims will not be able to deduct fees and costs, which may discourage some plaintiffs from pursuing those claims. Only time will tell what financial impact the 2017 Act will truly have on individuals and businesses, particularly those involved in litigation. 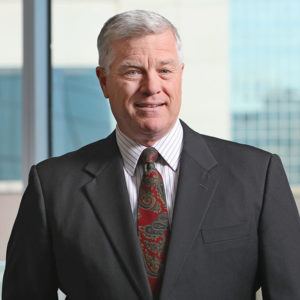 Please note that this blog has been prepared by Jennings, Strouss & Salmon, P.L.C. for informational purposes only. These materials do not constitute, and should not be considered, legal advice, and you are urged to consult with an attorney regarding your specific legal matters.