Family owned businesses account for approximately 63% of the U.S. workforce.[1] Some may even consider family owned businesses as the “backbone” of the nation’s economy. Many of them have been around for generations and continually contribute to their respective communities. Family owned businesses also carry the potential for additional stress. Both working and socializing with family can potentially hinder one’s ability to have a healthy work/life balance. This can also lead to a more relaxed business structure, which can in turn create unforeseeable complications. Additionally, the COVID-19 pandemic has undoubtedly impacted many businesses in some form over its duration.

Is your family business structured and operated as it otherwise would if it were not family owned? For example, are regular board meetings conducted (if there is a designated board)? Are the original parameters stated in the formation documents (e.g. Operating Agreement) being followed (i.e. day-to-day decisions)? Are there multiple family businesses that were created for a specific purpose, but have become so intertwined that all separate entities are treated as a single operation?

It is a good reminder to any business owner to regularly review and confirm the original corporate formalities crafted when their business was formed to ensure they are being followed. Moreover, if those formalities were not considered, to create them for the business going forward.

Potential issues that arise in financially difficult times are further complicated if those prior formalities were not followed. In the case of In re Cameron Construction & Roofing Co., Inc., 565 B.R. 1 (Bankr.D.Mass.2016), the family-owned construction company primarily owned tools and vehicles utilized in the roofing business. A separate, but similarly owned and controlled entity owned only real property. The two entities were legally separate entities. The entities filed separate tax returns and issued separate Form W-2s to their employees. However, there was no lease agreement between the operational business and the entity that owned the real property; and the lease payments that were paid were significantly above market rate (a similar issue could arise if the payments were significantly below market rate). Even though the employees of each entity were receiving separate Form W-2s, in some instances the work paid for by the entity that owned the real property was actually for work completed for the roofing business.

Unfortunately, the owners of the roofing business, faced with a financial distress period, made the difficult decision to file for Chapter 7 bankruptcy. The owners did not file for bankruptcy for the entity that owned the parcel of real property, presumably based on the real property having equity or being a viable space for a future tenant.

The Chapter 7 Trustee appointed to the roofing business bankruptcy case took an increasingly common position. The Trustee sought Court authority to consolidate (or bring in) the non-bankrupt entity into the active bankruptcy case. In other words, the Trustee believed it was warranted and in the best interest of the creditors to pursue the liquidation of the non-bankrupt’s assets for the benefit of the roofing businesses creditors. The Trustee’s position was that the two businesses were controlled by the same person and so inextricably intertwined that they were essentially one single business.

Substantive consolidation of a non-debtor with a debtor is less common, but increasingly accepted. The trend toward greater court approval of substantive consolidation “has its genesis in the increased judicial recognition of the widespread use of interrelated corporate structures. …”[2] For example, an inter-company loan or multiple entities for different intended functions of the overall business operation may be factors that result in a court ordered consolidation.

The Court, in the above roofing business scenario, observed that, although the Debtor (roofing company) and the Defendant (real estate company) maintained a certain degree of separateness and observed some corporate formalities, such as filing separate tax returns, separate annual reports, and issued separate Form W-2 statements for their employees, they disregarded corporate formalities in several respects.[3] Therefore, the Court substantively consolidated a non-debtor entity with the bankruptcy entity. Thus, bringing into the bankruptcy estate assets of the entity that did not seek relief under the bankruptcy code.

[3] See In re Cameron Construction. 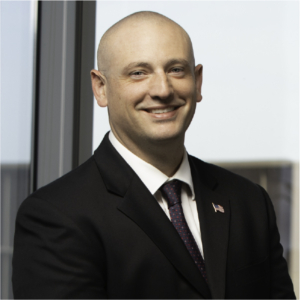 Joel F. Newell is an attorney in the Firm’s Bankruptcy, Restructuring, and Creditors’ Rights practice group.

Recreational Marijuana Passes in Arizona – Should Employers Be Concerned?