Entities that are included on the NERC Compliance Registry as either a Generator Owner (GO) or Transmission Owner (TO) should be preparing for changes in the NERC Reliability standards FAC-008 and FAC-009. The changes will require at least some modifications to the registered entity’s FAC-008 (Facility Ratings Methodology) documents.

The changes were driven by at least three factors:

(1) A recognition that the FAC-008-1 Standard and the FAC-009-1 Standard could result in two separate but similar compliance documents;

(2) The need to allow for separate rating methodology requirements for generator facilities and for transmission facilities; and

(3) A desire to have more detail in the standard to make compliance requirements more clear.
Highlights from the new FAC-008-3 include:

The Standard contains criteria for documenting how generator ratings are determined. Documentation must include:

The Standard contains separate criteria for the rating methodology used for transmission equipment.  These criteria require the following items be included in the methodology:

The new FAC-008-3 contains a broad requirement to share equipment ratings with affected or interconnected parties, replacing the FAC-009 Standard.

The Standard includes a new requirement that effectively gives affected entities, such as the Reliability Coordinator, connected Transmission Operator (TOp) or Generator Operator (GOp), Planning Authority or Transmission Planner the ability to comment on (question) any equipment rating provided by a GO or TO. Any such comment must be answered by proposing a new rating or explaining why the original rating is valid.

Finally, all registered TOs and TOps should be aware there are a number of other changes relating to the TO and TOp functions that will go into effect later this year (PER-003-1) or in 2013 (PER-005-1, EOP-001-1, EOP-005-2, EOP-006-2, and EOP-008-1). Some of these changes are significant. Any entity that is listed on the NERC Compliance Registry as a TO or TOp should become familiar with the revised Standards and take active measures to ensure the entity is compliant within the deadline specified for each respective revised Standard. 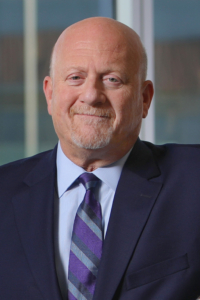