It is now a little easier for healthcare providers to defend against medical malpractice claims. Last month, in Sampson v. Surgery Ctr. of Peoria, LLC, the Arizona Supreme Court held:

then a “jury in a medical malpractice case may not be left to ‘infer’ causation without the guidance of expert testimony.”

At least, this is how the Court stated its holding in the first paragraph of its opinion. In the discussion that followed, the Court arguably held even more.

The Court held that this was an insufficient basis from which a jury could infer, as required, that a longer observation “probably” would have allowed the surgery center to resuscitate the decedent because it was not even clear what caused the decedent to stop breathing in the first place. An autopsy report stated the underlying cause of death was a “‘disseminated Strep Group A infection,” but the plaintiff’s expert testified that it was a “‘swollen and obstructed upper airway’ combined with his inability ‘to breath from the after-effects of surgery and anesthesia.’” Under these circumstances, the Court reasoned, a jury is not competent to infer that the defendant’s failure to observe the decedent longer “caused his death by starting a natural and continuous sequence of events, unbroken by any intervening causes.”

In sum, the Court’s case-dispositive holding can be restated as follows:

If (1) the underlying cause of a patient’s death is disputed by experts and (2) the plaintiff’s expert can only say that a non-negligent intervention “could have” prevented the death,

then (1) a jury should not be allowed to speculate whether a non-negligent intervention “probably” would have prevented the death, and (2) the plaintiff’s medical malpractice claim must fail.

Not only did the Supreme Court hold more than its preliminary statement said it held, the Court also provided ample dicta indicating that the Court’s intolerance for equivocal expert testimony extends to the standard-of-care element and to other injuries short of death.  When those facts inevitably come at issue in future cases, lower courts are unlikely to find a principled reason not to extend the Sampson holding to them.

What is less clear, however, is what this case means for the Arizona Supreme Court’s 1984 decision in Thompson v. Sun City Community Hosp. Inc., which held that “even if the evidence permits only a finding that the defendant’s negligence increased the risk of harm or deprived plaintiff of some significant chance of survival or better recovery, it is left for the jury to decide whether there is a probability that defendant’s negligence was a cause in fact of the injury.”  The Court in Sampson did not so much as mention Thompson, let alone explain how it intended to reconcile the two holdings.

This will likely be the issue of a future appeal.

For more information on this topic, please contact Alexander J. Egbert an appellate law attorney, or another member of the Jennings Strouss Business Litigation practice group. 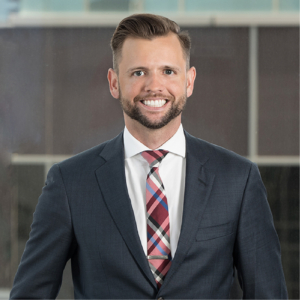 For almost 80 years, Jennings Strouss has been dedicated to providing clients with strategic legal guidance to help them seize every opportunity. The firm is well-known for its rich heritage, commitment to community, and long-lasting relationships. We have a deep understanding of business and law. When you work with us, you’ll have a team of legal experts who are dedicated to your vision of success.

All News All News & Events Mailing List
What is the Arizona House Bill 2617 and What are the Effects on Both Creditors...

Will a Creditor be Able to Recover from a Recorded Judgment on a Homestead?