On March 22, 2022, the Arizona Supreme Court issued a favorable opinion for individuals residing in a community governed by a Homeowners’ Association (“HOA”) who may wish to challenge the validity of amendments to the governing documents passed by a majority vote. This recent decision may apply most directly to those homeowners who oppose short-term rentals in their communities. In Arizona, many residential planned communities are governed by an HOA who seeks to enforce covenants, conditions, and restrictions (“CC&Rs”). CC&Rs are typically the most important governing document for any HOA because they govern the rights and obligations for the properties encumbered with the CC&Rs.

In Kalway v. Calabria Ranch HOA, LLC, the Arizona Supreme Court addressed an issue which had been percolating through the Arizona judicial system for a period of years. More specifically, Plaintiff brought a declaratory judgment action against Calabria Ranch HOA and other property owners to invalidate amendments to the original CC&Rs that were voted upon without Plaintiff’s consent or knowledge. The trial court invalidated portions of the amended CC&Rs, but affirmed the majority of them. Plaintiff appealed to the Arizona Court of Appeals arguing that all of the amendments were invalid without unanimous consent. The Arizona Supreme Court granted review and reversed in part, holding that the HOA cannot create new affirmative obligations where the original declaration (CC&Rs) did not provide sufficient notice to the homeowners that they might be subject to such regulations.

Many CC&Rs have general-amendment provisions that allow for amendment of the CC&Rs if a majority of votes from the community are received consistent with the rules and processes set forth in the CC&Rs. This issue has come up most commonly in the past few years by HOAs seeking to preclude short-term rentals of properties governed by the HOA. Rentals of less than 30 days are not deemed desirable by some owners in a variety of communities. As a result, various communities have voted to amend their CC&Rs by a majority vote to ban rentals of less than 30 days. This has been done over the objection of a minority of residents in such communities who desire to lease their properties for periods of less than 30 days and assert that the CC&Rs gave them no notice that such a restrictive covenant would be enacted.

Chief Justice Brutinel, writing for the Court, adopted a rule that an HOA cannot create new affirmative obligations where the original declaration did not provide sufficient notice to the homeowners that a future amendment would subject them to such obligations. Absent proper sufficient notice of a future amendment within the original CC&Rs, an amendment relying on a general majority vote will be deemed unlawful.

On its face, the Court in Kalway appears to impose substantial barriers to HOAs who wish to amend their CC&Rs to restrict certain activities within the association. From the perspective of HOAs and legal practitioners performing legal services for HOAs, it appears that a key component of the decision may be the subject of future litigation. More specifically, how exactly does one determine if the original declaration provided “sufficient notice” of a future amendment? The opinion in Kalway expressly states that there must be an “objective inquiry” applied to determine whether a restriction gave notice of the amendments at issue. In practical terms, however, it is somewhat difficult for drafters of CC&Rs to anticipate what might come in the future and provide sufficient notice of the same in the original declaration. There is also some question concerning how clear and direct the notice must be within the four corners of the CC&Rs. In the final analysis, Kalway teaches that if the contemplated restriction is not reasonably found within the text of the original declaration, then any proposed amendment to the CC&Rs may possibly require approval by unanimous vote for any such amendments.

What are the key takeaways from the Kalway decision? First, if you are purchasing property within a HOA, you must carefully read the CC&Rs and particularly those sections that deal with amendment of the CC&Rs. This is a good general practice. Second, the Kalway Court is clearly signaling that residents within HOAs should feel confident in relying on the language of the contract (CC&Rs) that they entered into upon purchasing a residence governed by an HOA. Said another way, the terms of the contract between the property owner and the HOA cannot be changed by a general majority vote unless the CC&Rs provide reasonable and sufficient notice of a potential future obligation binding on each owner within the HOA. Lastly, if you are considering the possibility of renting your property for a period of less than 30 days, you should consult an attorney who practices real estate and HOA law so that any issue concerning an amendment prohibiting short-term rentals can be analyzed in advance of your purchase.

For more information on this topic or other contractor matters, please contact Christopher D. Lonn, or any other members of the Firm’s Real Estate practice group. 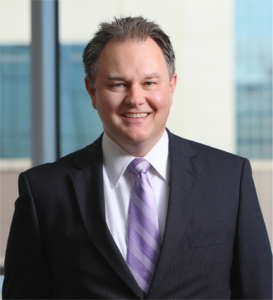 For 80 years, Jennings Strouss has been dedicated to providing clients with strategic legal guidance to help them seize every opportunity. The firm is well-known for its rich heritage, commitment to community, and long-lasting relationships. We have a deep understanding of business and law. When you work with us, you will have a team of legal experts who are dedicated to your vision of success.

Through our offices in Phoenix, Peoria, and Tucson, Arizona, and Washington, D.C., we leverage resources both regionally and nationally to serve our expanding client base. Jennings Strouss is deeply rooted in our legal and business communities, and is especially instrumental in helping shape the dynamic growth of Arizona and many of its institutions. The firm promotes a pragmatic, results-oriented approach, coupled with a healthy, well-managed, and friendly atmosphere of collaboration.