Arizona Business Owners: Is that “Hold Harmless” Language in the Contract You Present to Customers Actually Providing You Protection

It is not uncommon for businesses today to include language in contracts, order forms, and invoices that seek to excuse or limit a business’s potential exposure if the company gets sued for things such as personal injuries or other types of civil wrongs other than breach of contract. Despite the common use of such contract language, many business owners do not know whether such language actually provides them any protection in the event they are sued. So — do these “hold harmless” contract clauses actually work? As is often the case with the law, the answer is — “it depends.”

While it would be impossible to address every situation in this short piece, and many situations will turn on case specific facts, the question of whether liability limiting contractual language will likely be found to be enforceable will be driven by some of the following basic principles and factors.

In Arizona, parties are generally free to contract as they see fit, and agreed upon contract provisions are generally enforceable. One primary exception to the foregoing rule is if the contract provisions run contrary to State or local enacted laws or some identified public policy. Thus, you first have to know if there are any specific laws governing your industry that prevent you from attempting to excuse yourself from things such as your employee’s negligent conduct. Additionally, for a waiver of rights to be enforceable it must be made knowingly and willingly. Thus, the following are some of the factors to consider when assessing whether the waiver of liability language you are relying upon is enforceable:

Was the provision “bargained for”?

This is critical. The person seeking to rely upon the provision will need to be able to demonstrate the provision was bargained for or negotiated. Pre-printed form language on the back of an order form or invoice is unlikely to be considered “bargained for.” Requiring initials be placed next to the provision in the contract helps show it was highlighted, but in and of itself may not be enough to prove it was bargained for. The more you can show you walked through a contract and specific provisions or the other party tried to negotiate provisions of the contract, the stronger your case for enforcement of the liability limiting provision.

Were you on equal footing?

The Courts are most likely to enforce a provision when the parties are on equal footing when it comes to bargaining strength, relative knowledge and sophistication, and availability of other options. Where both parties are businesses, the courts are more likely to hold their feet to the fire. On the other hand, Courts are not likely going to dismiss a lawsuit for a personal injury when you the business owner are attempting to rely upon some language found in forms that were exchanged between company order clerks. Waivers need to be done knowingly.

Is there still an incentive for each party to act properly?

While contract language may be enforceable even if the business is seeking a complete waiver of potential tort liability, contract language that seeks less than a complete waiver of liability (for example, language that simply caps your company liability to a refund of what the customer was charged) may have a greater chance of being enforced. Why? Because public policy favors holding people accountable for conduct which harms others. Thus, if your contract language does not completely eliminate any incentive for you to act in a safe and prudent manner, but rather simply limits the potential recovery, a court is more likely to find such language enforceable (if the other critical factors are present). 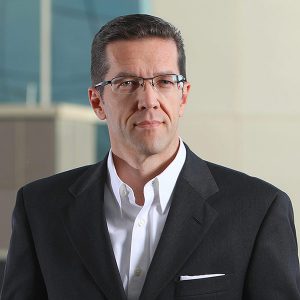 All News All News & Events Mailing List
Senate Energy Inquiries into Nature of FERC’s Section 5 Natural Gas Act (NGA)... Does a Real Estate Appraiser Have a Duty to Your Client?